Christian landed his first head-coaching job at the age of 29 at Mount St. Mary's, his alma mater. After a one-year stop at Siena, he took the helm at GW in March 2019. The Colonials are seeking their first NCAA bid since 2014. -- John Gasaway 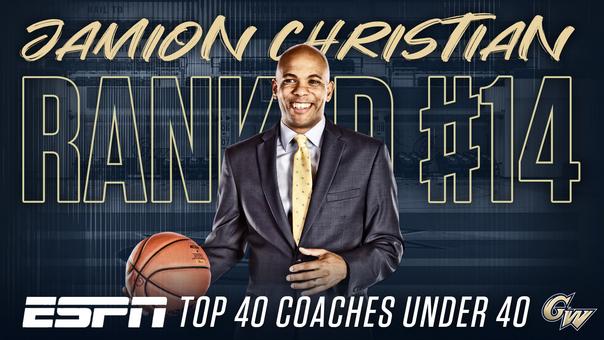 MARYLAND SPORTS ACCESS: Jamion Christian’s M.O. of enthusiasm and detail has The Mount back in the hunt

The next trait is humility. To show up every day and understand the program is larger than self values and with the recognition it takes a toiled effort to reach goals such as conference championships and NCAA Tournament berths.

Jamion Christian has focused on creating a culture built on enthusiasm, humility and details. Austin McFadden/MSA. 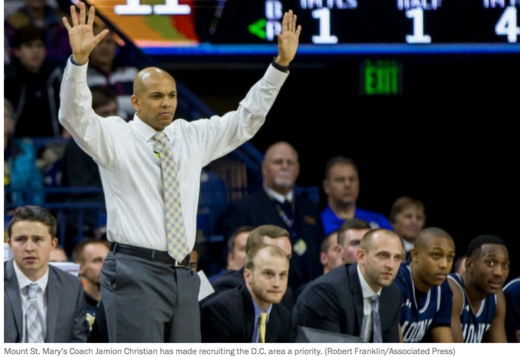 “I think it’s the best area for basketball in the country, so we’re just going to keep trying to protect it,” Christian said last week. “When we did research a few years back on the Northeast Conference and who wins the championship, they always had a guy from the DMV. So I just said, we’re going to make sure we do a great job keeping guys from going to other schools around our league. Our whole recruiting strategy is keeping guys right here.” 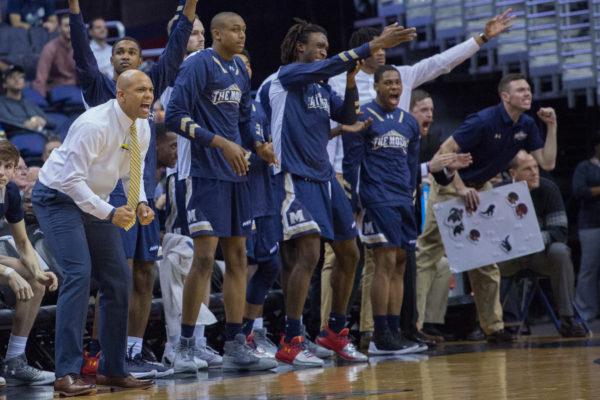